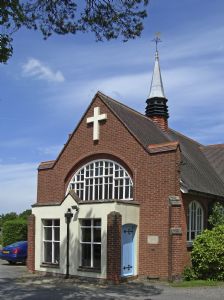 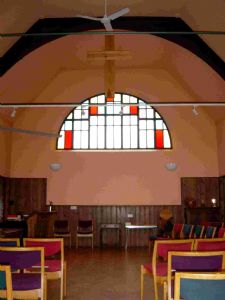 Five Oak Green Church is an ecumenical partnership between the United Reformed Church and the Church of England and is located on the Badsell Road (B2017), on the eastern edge of Five Oak Green village, towards Paddock Wood.

The building first housed the Five Oak Green Congregational Church, which had outgrown its original premises (at what is now known as Bridge House, on Whetsted Road).  This later became part of the United Reformed Church.

In 1985, a covenant was made with the local Church of England parish, in particular with the Anglican mission church of St Luke's in the centre of the village, which brought into being the Five Oak Green United Church.

St Luke's building was subsequently sold and converted into cottages (these can be seen opposite the Post Office and Village Stores), the money raised being used to refurbish  - indeed, to transform - the United Church buildings.

These are now used by a united congregation: a Local Ecumenical Partnership which draws on the traditions of both the United Reformed Church and the Church of England.  During 2004, this partnership was widened to include All Saints, Tudeley. 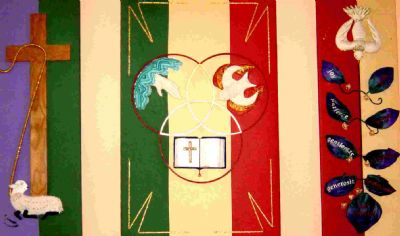